On January 14th I was hit with the devastating news that my Grandfather was in the hospital and not going to survive the night. He was diagnosed with diabetes about 60 years ago, told the doctor it would have to wait because he was building a house and going on a honeymoon. That short story alone should set the stage for understanding the type of man he was. He died of an aneurysm in his brain, and while he remained breathing for three days after, he never recovered.

His dad settled the family in Kapuskasing (Northern Ontario) and that's where my dad was born. All
in all, Kapuskasing is about 850km (520mi) from Toronto. A solid 10 hour drive to get there. I did it once in my old Jeep YJ with a friend. It was as they say, an epic road trip. Didn't get off road, but cruising the northern highways with the top open was awesome. The Jeep was right at home.


Since he lived in Kapuskasing up until 19 years ago, I didn't get to see him too often, but when I did, what a blast. He had an Argo 8x8 that I recall being the first vehicle I ever learned how to drive. One day I hope to own my own (don't tell my wife), and I suspect that it was what really got me on the road to Jeepin'. Kapuskasing trips always involved the outdoors.

Summer was out in the Argo, heading back to the log booms to fish.
Log booms were floating platforms that kept the logs flowing down the river into the mill to be made in the paper we all know and love


Winter was out on the skidoo heading out to the VERY frozen lakes to fish. Honestly, I'm not much of a fisher these days, odd considering how much I did as a kid. I recall working the ice drill with my dad, and putting it down to the handles (about 5') into the ice, and still not hitting water. Saganash Lake was quite the lake.

Full of advice, love and leaving a huge legacy behind.

I'm behind a bit here. My grandfather passed away and I was tied up with that for a bit. I have some posts on the way that I'm working on, including a tribute to him. In the meantime, here's me bouncing off the rocks in The Quarry in Rausch Creek back in 2013. Music is a little loud, just a warning there.

So a little more about my Jeep. I know I know.. eventually I'll get to talking about other Jeep stuff. I want to kick this off slowly, and introduce what I'm working with here. 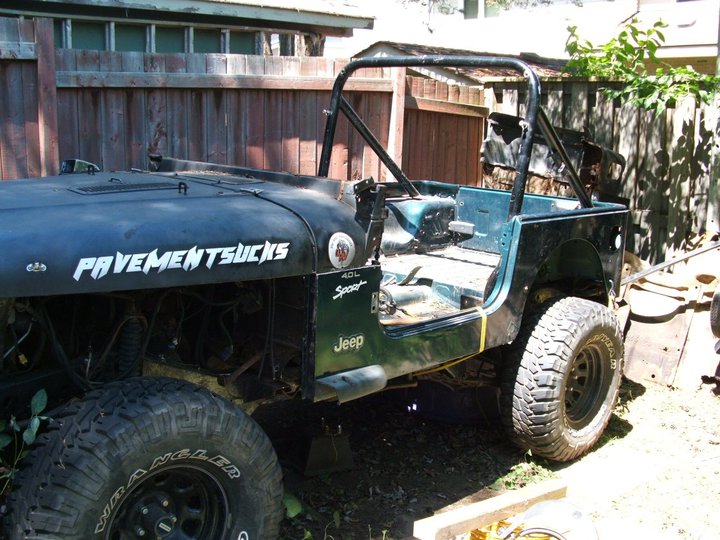 After a multi-year effort to do what they said couldn't be done, I finally caved and sent my old 1990 YJ off to the wrecking yard. By doing what they said couldn't be done, that was fitting a TJ tub on a YJ frame, while keeping the YJ windshield, hood, and grill. Well, I did it. I was into the finally going to put it back together stage, when a 1999 TJ practically called to me. Low mileage, stupid low price, and with a host of small mods I wouldn't need to replicate or carry over from the YJ. 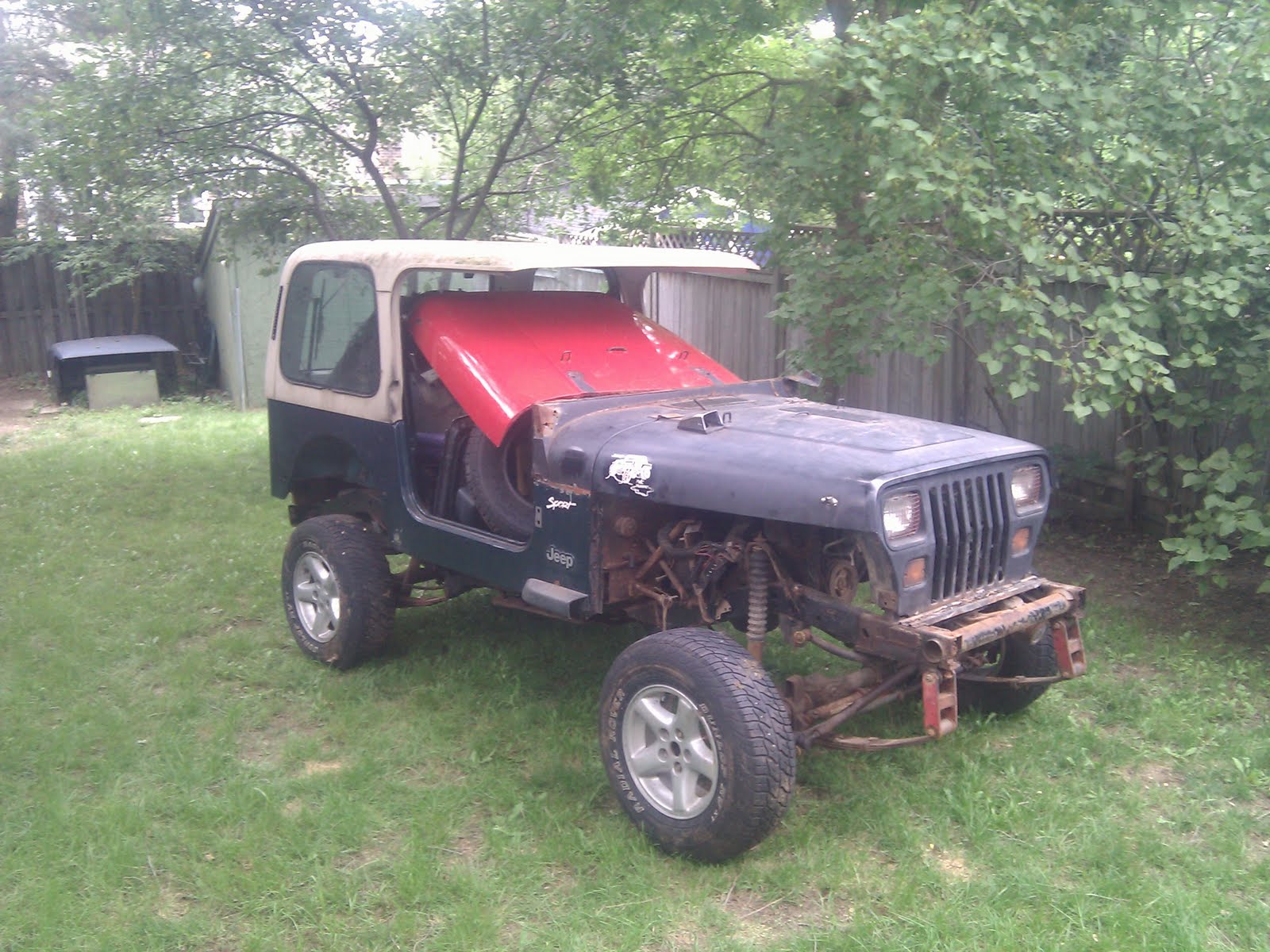 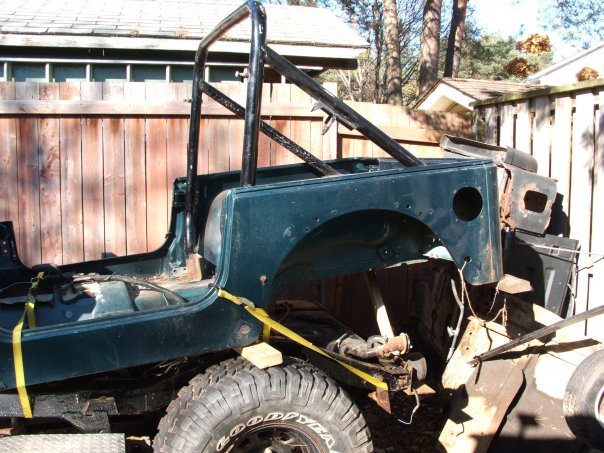 I stripped the 4.88 gears and Detroits out of the YJ axles, kept the MT/Rs, took the Warn hub conversion, a couple other odds and ends, and scrapped it. Sadly. Don't get me wrong, I do miss the YJ. It was easy to work on, but there gets a time in life where you realize that it's sometimes better to move on, than to try and rebuild. 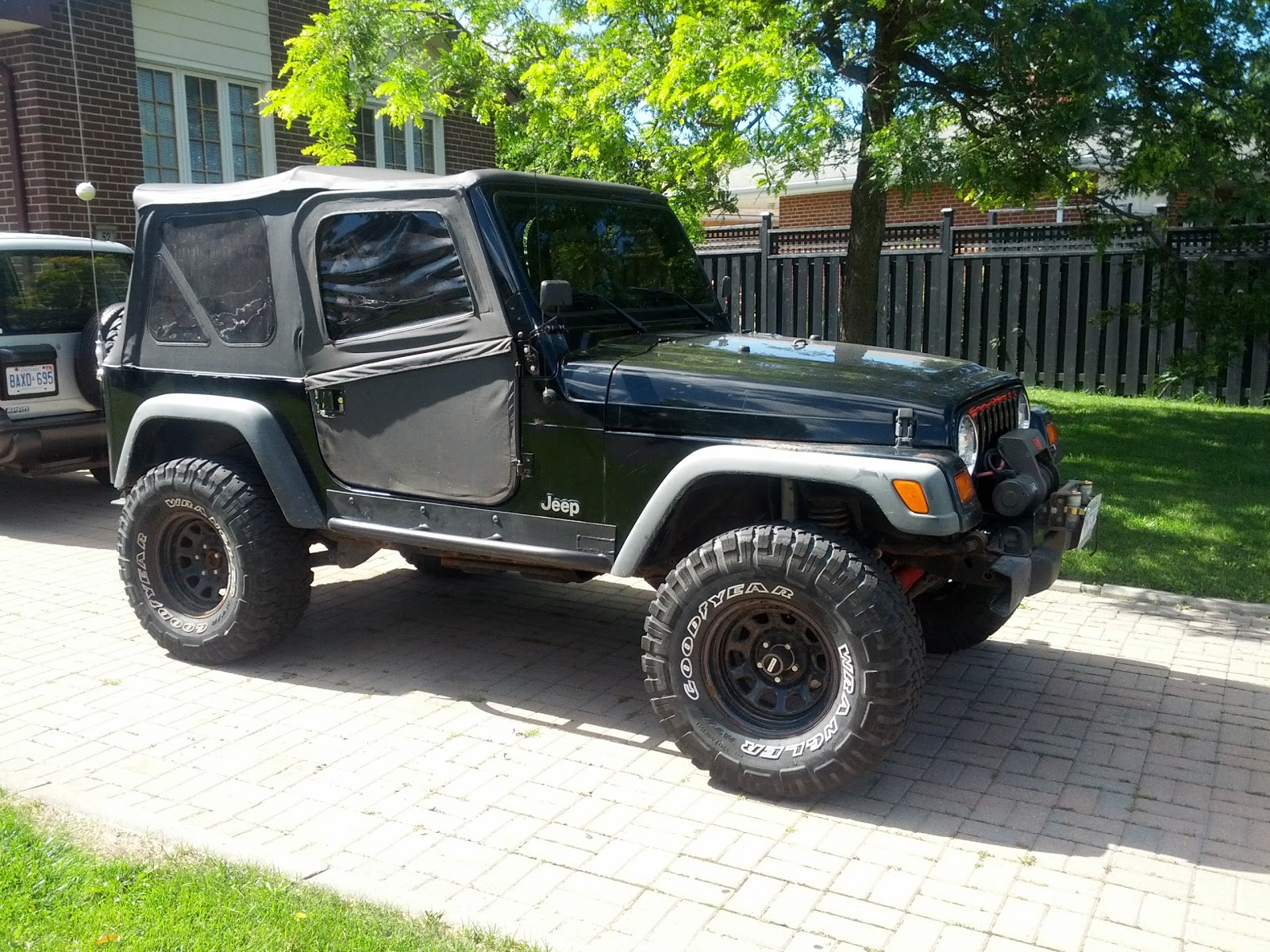 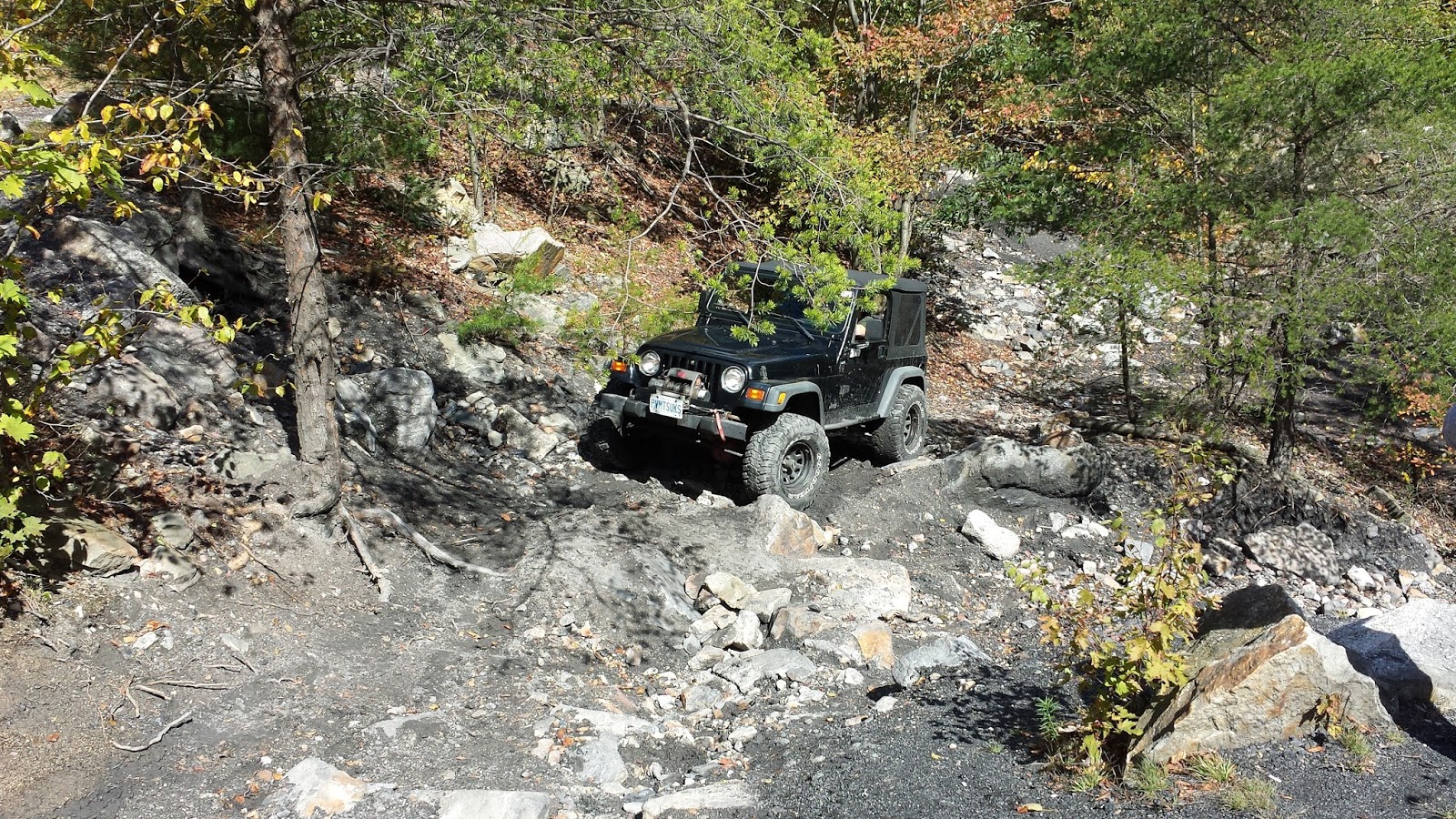 I picked up the TJ and began planning how to get it up to where the YJ was. A Rough Country 2.5" lift went in, I transfered my home made tire carrier over, and scored a cheap winch plate. With some Kijiji luck, my wife found a complete black softtop with tinted windows, and I was on my way. I had the gears and lockers dropped in, and swapped the hub conversion in myself when I had further time. I had to swap out the used and abused control arm bushings for some poly bushings, and do some routine maintenance, however, it was a good machine, and was well maintained. Once all was said and done, it made the drive from Toronto to Rausch Creek, wheeled the day away, and drove it home. 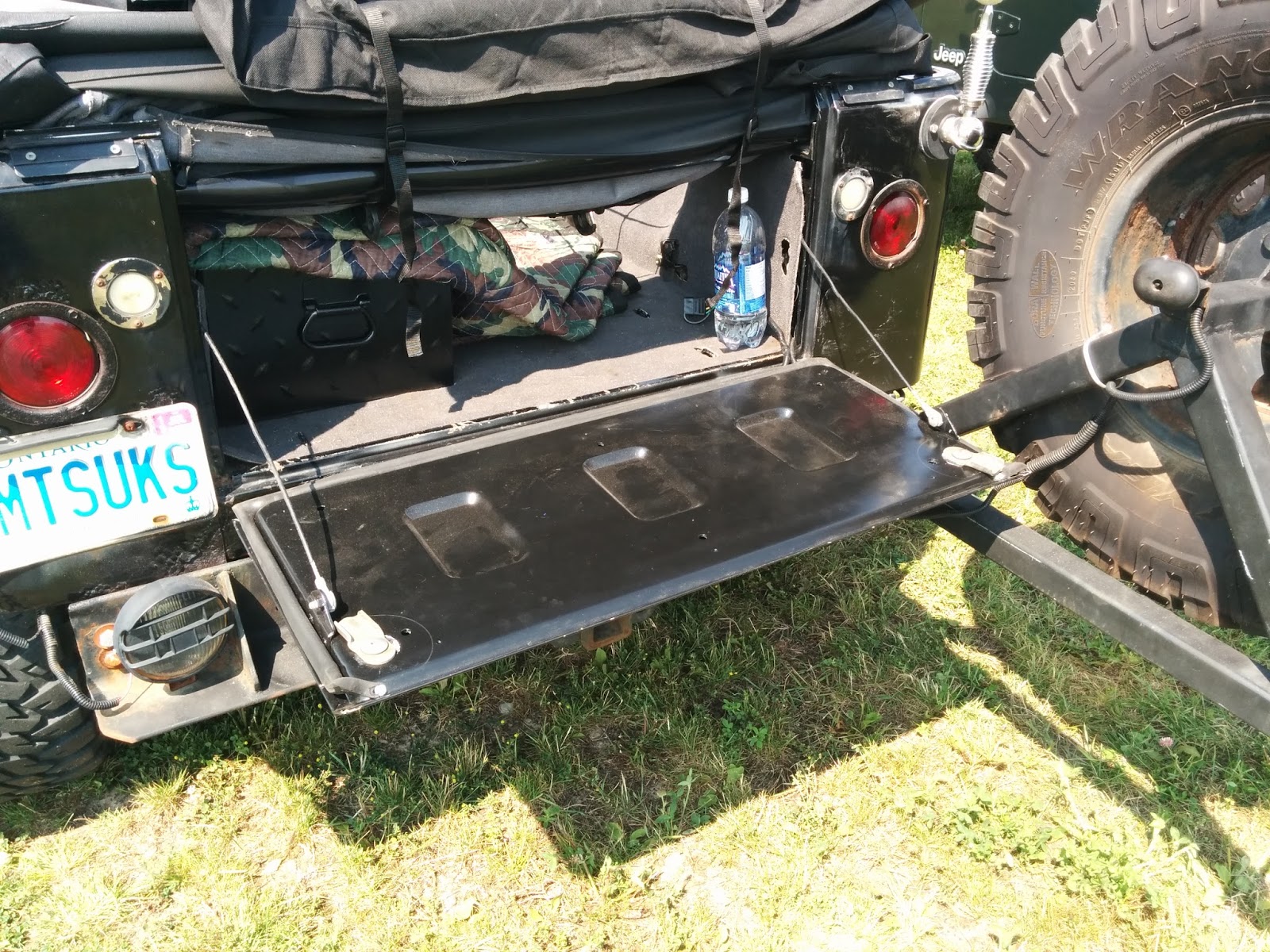 I've since completed a tailgate swap to a CJ tailgate and now my next challenge is fitting a back seat and my toolbox back in, as baby number one is on his way for my wife and I.

So, who am I, and why should you read my blog?


The who am I part is easy. I'm a Canadian high tech redneck. I work in IT, I play with toys. Doesn't get simpler. My toy is currently a 1999 Jeep TJ (Pavement Still Sucks) with a mild lift, old MT/Rs, winch, and a few other doo-dads that I've come up with myself, for the most part. My previous Jeep was a 1990 YJ (Pavement Sucks). I'm a garage tinkerer with a bit of an eye for fabrication. Usually just fab that fits my needs. Occasionally something that's worth sharing.

So why read?
Dunno, really. I think every person who starts down the road of blogging just hopes to find readers along the way. I hope to throw out a few things not found on other sites, most likely a few things that are. I'll just add my own take on them.


I've thrown a couple pictures up, 'cause why not. May as well let you all know that I do the Jeep thing, and I'm not just making it up.