I picked up a Pavements Ends Sprint Top (PN: 56840) for an absolute steal from Amazon just before Christmas. The down side, is that it's been sitting in my garage teasing me, making me wait for soft top season. Soft top season finally arrived. 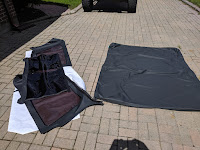 As with any fresh top, it's best to get it out and warmed up before trying to get it installed. I had some time to let it sit, since the Sprint Top requires some parts from the stock top. The key parts required are the front bow, door surrounds, and tailgate bar. 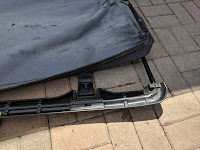 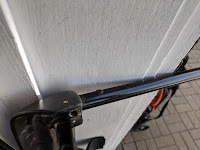 Removing the front bow wasn't difficult. It required laying out the stock top, removing a few screws, and the rear two bows, before flipping the front bow over to access the retaining screws. The screws didn't put up too much of a fight. 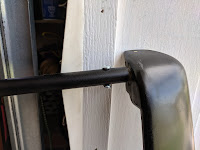 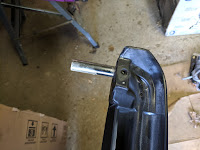 Once the bow has been removed, it's time to drill out the rivets to install the new arms. The Sprint Top includes new arms that will need to be screwed into place. 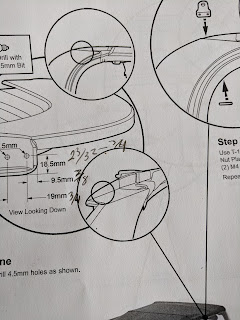 It should be noted, that if you don't have a stock sunrider from Jeep, you're going to have to drill a couple holes in your door surrounds for some brackets. For some reason, unknown to me, the measurements are all in metric. Now, I know you're thinking, "Kev, you're from Canada, that should be normal". Well, it's not. I learned to read a tape measure the right way, and millimetre is not it. To save you some time converting, and to assure you that you really don't need to measure out 23/32", here's the conversion that works:  18.5mm -> 3/4"
9.5mm -> 3/8"
19mm -> 3/4" 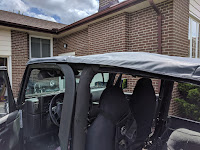 Now that all the drilling and re-purposing is over, it's time to mount this top. Start by snapping the pivot arms into the door surround brackets you just installed. Flip the header down, and latch it to your windshield.
There are two straps over the centre rollbar loop, get them started, but not cinched down 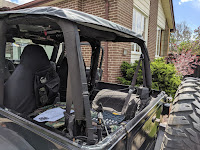 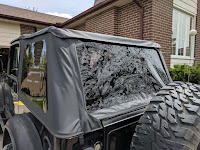 Now attach the windows, and use them as a guide to centre the top. Mine was sitting too far to the drivers side, and the passenger side window simply didn't zip up properly.
Once the fit is right, tighten down all those straps.
Follow the remaining instructions for installing the windows (similar to stock) and you're set. 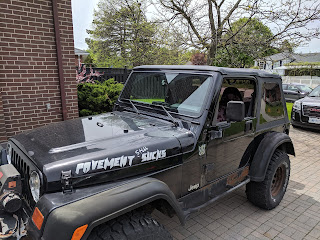 The top seals really well, doesn't flap too much in the wind, and the large windows are really awesome. I'm really looking forward to getting some use out of the flip back top, mostly because my Redneck Sunrider was a pain to work with, despite being a near zero cost mod.
Posted by Kevin at 20:56 No comments:

Wow, guess I'm a few months late. But let's be serious here, I live in Canada and the nice weather is only just starting. So here we go with the plans for 2019. Let's see just how far I get into this list. 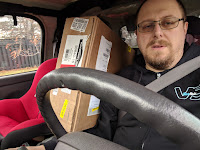 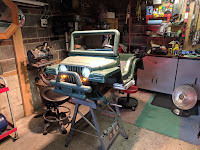