Replacing a body mount on my TJ 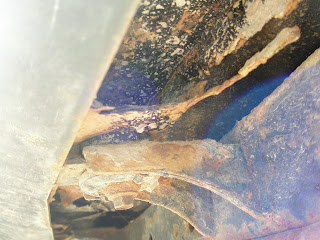 While working on my tire a couple weeks back, I happened to take a forward glance while under my Jeep and saw something I didn't like. The under seat body mount was, well, not mounted. It had completely rotted through and wasn't actually holding the body up. Evidently this is a big enough problem that suppliers are now selling them new. They're called a "torque box". I picked mine up from 4 Wheel Parts. 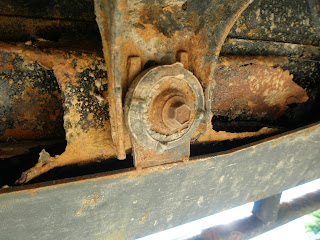 Closer inspection revealed that there was no saving this. The box had to be replaced through the mid-section. For now the front and rear mounts are in alright shape. This was the one that worried me. 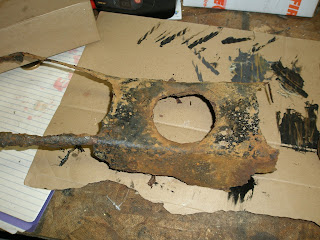 I dropped my rocker guard and pulled the three body mount bolts (which were in terrible shape too) and what was left of the mount practically fell onto the driveway. 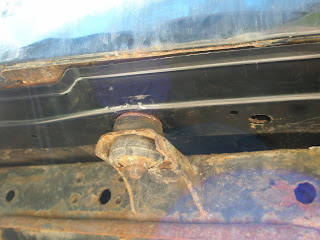 I spent some time trimming to get the replacement to match up. Bolted it to the frame, dropped the body down, and with a mix of welding and rivets attached it to the body.

I had to take a short break to go to get some new bolts for the body mounts since out of the three that came out, only one (in the picture) had any threads left.