I also had some time to think in my travels. My Jeep is the result of experiences gained while younger, and in a YJ. So when I set up myself to build the TJ, I made some very conscious decisions in my build.

With the TJ, I decided to go with as low a lift as possible, so rather than 4", I went 2.5". The YJ had no sway bars, the TJ does, and they don't get disconnected. The front and rear carried over the lockers with 4.88's, and the front Warn hub conversion. 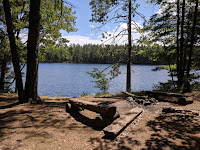 The story of my therapy session is a simple one. Make plans with a buddy, head up to the trails, get some time in the Jeep in. A day when the only responsibility to to make it in and out of the trail and home safely. 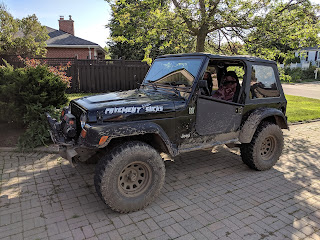